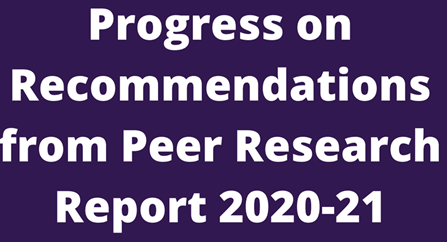 Includes details of a follow-up “You Said, We Did” study on young people and violence, released today

Standby for a reduction in violence if progress on a programme encouraging young people to be “effective bystanders” continues – says the Merseyside Violence Reduction Partnership (MVRP).

Their Mentors in Violence Reduction scheme has worked in over 20 high schools in Merseyside. And one of its key strands is to give young people the confidence to report incidents of violence and not to see this as, “grassing”.

The initiative follows peer-research released eight months ago which engaged 700 young people in Liverpool, Sefton, and Wirral, around their view of violence. This revealed fears were greatest at night-time due to poor street lighting and a perceived lack of police on the streets. It also showed that respondents were worried about the consequences of reporting a crime and being labelled a “snitch” who interfered in other people’s business.

“Being an effective bystander means recognising violence when you see it and challenging it when you feel safe to do so. It also means reporting it to help the victim and make your community safe” said Detective Superintendent Siobhan Gainer, Head of the MVRP. “We recognise the albeit wrong perception that this is grassing and are in schools working with young people to alter those views, inspire faith and remind them that reporting violence is a compassionate and necessary thing to do.”

According to a follow-up report to the June 2021 study released today, concerns over street lighting and lack of CCTV have been addressed via funds applied for by some councils through the Safer Streets initiative. Improvements to highlighting children and young people’s services, including CAHMS (Child and Adolescent Mental Health Services) have begun. Requests for self-defence training are still being considered, given that there is little evidence such schemes work.

The call for more youth clubs and activities was a familiar one and the MVRP has ploughed cash into sports and arts projects recently, including fitness clubs in Anfield, a photography portrait project in Wirral, and football coaching sessions in Litherland and Stocksbridge.

Delivered on the ground by the Merseyside Youth Association, the Mentors in Violence Reduction programme is a peer-to peer leadership programme addressing serious violence themes. Recently, young people have used short films to illustrate those fears, with themes ranging from so-called “sexting” to violence against women and girls.

“Around a quarter of the young people we interviewed initially felt that their area was unsafe. Whether that is justified or not, we must build-up a rapport with young people, find out their viewpoint and engage them in making their communities at least feel safer” concluded Detective Superintendent Gainer. “I hope this subsequent report shows them that steps are being taken to reduce fear of crime but most of all, I want young people to know that when they speak, we listen, and recognise they are not only a pivotal part of this society but also its future.”

To see the follow-up released today, go to  Progress on Recommendations from Peer Research Report 2020-21 (merseysidevrp.com)