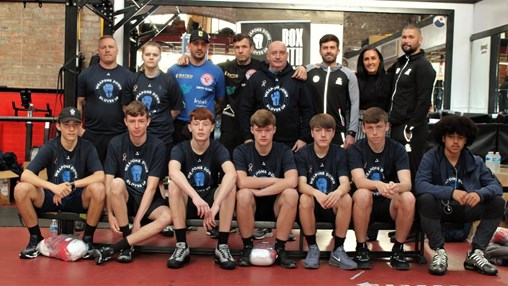 Violence Reduction Units and ‘hotspot policing’ initiatives prevented 49,000 violent offences across England and Wales, the government reveals today, as it sets out an ambitious funding programme to build on efforts tackling serious violence.

Set up in 2019, Violence Reduction Units are a pioneering initiative established in 18 areas across England and Wales, bringing together local partners in policing, education and health, and local government, to share information in order to identify vulnerable children and adults at risk, helping steer them away from a life of crime and violence.

Initiatives include “Weapons Down Gloves Up” in Merseyside that improve the life chances of young people out of education or work, engaging them through the discipline of boxing. They partner with a civil engineering company to help these young people gain qualifications in civil engineering. In just six months, 38 young people have received Construction Skills Certification Scheme qualifications and 23 have started full-time employment – see attached picture.

While in Manchester, a dedicated team of ‘Navigators’ work across A&E departments and with Northwest Ambulance Service and local communities, to help young people recover after their experience of violence and prevent it happening again.

Figures published in an evaluation of these Violence Reduction Units’ first 18 months of operation demonstrate the impacts they have having up and down the country, changing lives and reducing violent crime.

Areas that have rolled out Violence Reduction Units and intensive police patrols in violence hotspots saw 8,000 fewer incidents of violence leading to injury and 41,000 fewer incidents without injury, compared with areas that didn’t. This has resulted in an estimated £385 million avoided in associated costs for victims and society.

“The very worst part of my job is hearing from families who have lost loved ones to violence and finding out that something could have been done to prevent it.

“We must do more to reach those at risk of violence early on to break the cycle of crime. Only then will we truly level up the country and give everyone the security of a safe street and home.

"We're throwing everything we have at this. At the heart, our pioneering Violence Reduction Units galvanise all parts of the public sector to tackle violent crime, and this approach is really starting to work."

On the back of this success, the government has also announced that it will inject a further £130 million over the next 12 months to further drive down the most devastating types of crime  – including knife crime, gun crime and homicide. The strategy for tackling serious violence takes a dual approach, combining tough policing with early intervention and prevention.

The Government has also confirmed that the now 20 Violence Reduction Units across England & Wales will have a guarantee of funding for the next three years. This will ensure they are given the appropriate time and resource to see their central mission of reducing the most serious types of violence come to fruition.

The Grip programme, or ‘hotspot policing’, involves police forces operating regular, intensive, high-visibility police foot patrols for short periods of time within specific areas where data analysis shows there is a risk of serious violence. When first piloted in Southend-on-Sea in 2020, the tactic resulted in a 73% drop in violent crime and 31% fall in street crime in the 20 highest crime hot spots on days when patrols visited, compared with days they did not.

The Government is also introducing a new Serious Violence Duty, which will require police, local government, justice and health bodies, by law, to collaborate locally, so that they can develop more holistic strategies to protect people from harm.

The Police, Crime, Sentencing and Courts Bill will bring in new powers for the police to proactively search those who we know have previously carried a knife. Serious Violence Reduction Orders will steer more offenders away from a life of crime, while ensuring that if they persist, they are more likely to be caught and more lives will potentially be saved – which is what ‘stop and search’ is all about.

Today’s funding package works in tandem with central and local efforts to deliver on our strategy for tackling violence against women and girls, which was shaped by over 180,000 responses from the expertise of charities, academics and frontline professionals.

“Police and Crime Commissioners have long been advocating for a multi-year funding package for Violence Reduction Units, which are bringing partners together to reduce serious violence. We support a public health approach and this settlement will allow for sustained investment in preventative programmes and early intervention initiatives to help keep our communities safe.”

Funded by the Merseyside Violence Reduction Partnership, Weapons Down Gloves Up is an initiative that aims to improve the life chances of young people out of education or work, by engaging them through the discipline of boxing and moving them on to career prospects in civil engineering.

Danny was 17, spending time on the streets and involved in drugs and weapon crime, when he found out about the Weapons Down Gloves Up project. He thought it was too good to be true. But, after some setbacks, Danny said "what the young community needs to do is sacrifice 7 weeks and show pure determination to end up like myself, who left this course with 6 qualifications and a lifetime job opportunity that will be able to support my future family well into the future."

Commissioned by Greater Manchester’s Violence Reduction Unit, a dedicated team of ‘Navigators’ work across A&E departments and with Northwest Ambulance Service and local communities, to help young people recover after their experience of violence and prevent it happening again.

Emily* was referred to a Navigator after ending up in hospital at the hands of an abusive partner. The Navigator supported her to access a domestic violence service who were able to place her in a refuge, offer emotional support to Emily and her family and provided assistance in engaging with the police investigation.

Emily said that the Navigator had “helped me trust the authorities so I could get help. She has saved my life. I can’t believe there is a service out there like this.”

To date, over 300 young people have been referred to the Navigator Project for help.

*Emily is a fake name used to ensure anonymity for the victim.