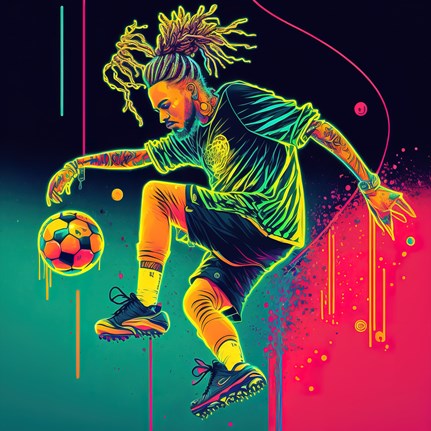 An anticipated £2 billion spent on gambling during the Qatar World Cup may eventually lead to a surge in debt, homelessness, criminality, and domestic abuse (1).

With an economic analysis (2) already estimating that the annual bill for harmful gambling is approximately £1.27 billion, a new survey saying that 50 per cent of UK citizens plan to place a bet during the finals, could result in so-called “gambling-harms” spiralling (3).

And with the cost-of-living crisis biting, the MVRP is concerned that punters may chance more on getting a big win to ease debts, with no safety net to catch them.

“Problem gambling is as concerning as an addiction to drugs and alcohol and it has a devastating effect with 61% of families where there is a compulsive gambler in the home, suffering heartache (4)” said Detective Superintendent Siobhan Russell, Head of the MVRP. “It is interesting to note that already the North leads the way in numbers of gambling addicts, and we are worried that those in more disadvantaged areas will be rich pickings for online betting companies in particular.” (5)

Appalling rises in domestic abuse have accompanied previous football finals, with new indicators showing that there is little link between this and England’s performance (6).

“The traditional picture of the drunken supporter committing acts of violence after a lost result or a poor refereeing decision are not necessarily accurate” continued Det Supt Russell, “we believe the roots of violence lie in learned behaviours such as misogyny, homophobia, xenophobia, racism, and toxic masculinity. The sense of injustice around a football match or the loss of money via a bet are merely the catalyst for these traits to appear.”

The MVRP were amongst the first organisations in the country to hold a gambling harms event, featuring case studies and input from counselling services and senior police officers. The Partnership has also supported a Greater Manchester Combined Authority campaign featuring Mayor Burnham, a similar version of which will be rolled-out in Merseyside shortly.

The MVRP will be looking into the role online betting companies play in promoting addiction with their ubiquitous advertising, and whether government sanction – as was the case with the smoking ban – might prove effective.

“Every violent crime has a root cause, whether that be being groomed into a gang to run drugs across county lines or placing what feels like an innocent flutter that descends into addiction, financial ruin and loss of self-esteem” concluded Det Supt Russell. “Enforcement and imprisonment alone cannot solve the problem of violent crime in Merseyside. Intervening and offering positive activities and ways around pernicious environments and belief-systems, will.”