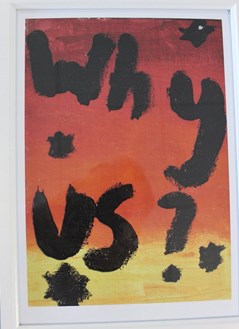 A Merseyside programme has improved the self-esteem of children with family in prison, helped them build trusting relationships, and made them realise they are NOT responsible for the actions of those incarcerated.

And its progress – along with a raft of other schemes in and out of prison – has been saluted by Liverpool John Moore’s University in a report issued today.

Operating in jails such as Liverpool, Hindley, and Altcourse, and run by organisations including Magistra and Shelter, the programmes have also increased the motivation of prisoners, taught them employability skills, and developed an understanding and empathy for their victims.

“Repeat crimes cost the country £18.1 billion per year and like everyone else, we are looking for a short, medium and long-term solution to this tragic problem” said Detective Superintendent Siobhan Russell, Head of the MVRP. “Young people involved in petty crime are of particular concern because some are on the cliff-edge of serious offences and need to be reached, early. We believe that the solution is not just about the individual though, it also lies with their families and the environment and people around them. That is why we funded programmes with that ethos at heart.”

Through interviews, focus groups and questionnaires, The Public Health Department at John Moore’s put five MVRP programmes under the microscope. They were:

Aside from highlighting the positive feedback the programmes made, the evaluation included recommendations for going forwards. “The offer needs to be appropriate and recognise that young people have different needs from children and older adults” commented Professor Zara Quigg, one of the authors of the report, “early engagement is important, especially in prisons where newcomers have to be a priority. We must also remember that some of those in custody are neurodiverse and can react surprisingly to certain environments. Overall though, this funding must continue and fit in with other violence prevention work.”

Detective Supt Russell concluded: “For some, the idea of rehabilitation is unpopular and unpalpable and of course, for it to work, those taking part must show willing. But there are those in prison who are not beyond hope and their behaviour has been affected by adverse childhood experiences, poverty, and poor mental health. Plus, why should their children’s future be stained by someone else’s crimes?

Prisoners can turn their lives around and importantly, become the kind of responsible citizen who is a positive role model who guides others away from crime.”