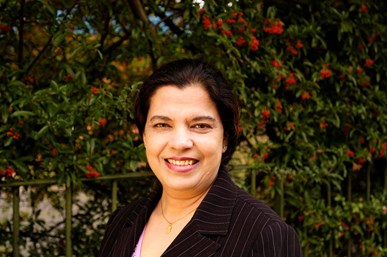 #Former First Lady Michelle Obama observed that “communities and countries and ultimately the world, are only as strong as the health of their women.”

As a GP and female health expert, I heartily agree and say that unless we halt all health inequalities, resentment, division, poor quality of life, and even hatred will fester and explode, sometimes in violence.

What I mean by “health inequality” is one person receiving the better treatment that will result in them living years longer than their peer in another less well served area. But it goes even further than that. From the quality of air they breathe, to the nutritional value of the food they consume, some people are simply miles behind others. There was a lot of talk about those of us from diverse backgrounds suffering more from COVID than other groups, because culturally we might be different. No. We lost more lives because generally we live in poorer neighbourhoods and do more frontline jobs for poorer pay.

I see the results of violence every day. For me, physical and psychological wellbeing is intrinsically linked. Frayed tempers come from inappropriate responses in the mind which in turn may have been prompted by traumatic backgrounds and even poor diet.

Men are living longer, now. Good for them. Women are not. Alcohol and other addictions are on the rise, as is obesity and our failing to treat female conditions such as endometriosis, lead directly to withering wellbeing. A blight affecting the womb, such is the ignorance around endometriosis, that when questioned in a recent survey, some men thought it was a throat infection!

Young mums suffer more than most. Isolated, increasingly affected by perinatal depression and even now bereft of breastfeeding and other maternal services, their mental health is alarmingly poor.

The stats show that by some distance, it is still men who commit the lion’s share of violence. The trauma they inflict is still not recorded or treated poorly and without much empathy and understanding.

In this the MVRP is at least a shining alternative. I am wholly supportive of their work with the perpetrators as well as the victims of domestic abuse and applaud the education programmes they run in teaching the impact of misogyny and gender based violence boys and men to respect women and girls, whether talking to them in person or online.

Some of the young women the VRP engages with are like the patients I treat every day in that they are suffering female conditions which are too often disregarded. The things that go wrong in our bodies are bad enough. Those inflicted upon us are even worse. We need to make both better. For that is truly, what the girls want and our society needs to be healthy.

For more on Endometriosis Awareness North, go to www.endometriosisawareness.com