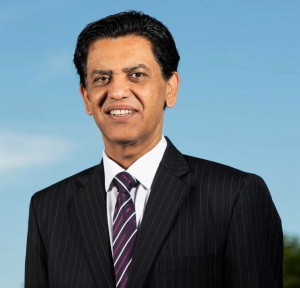 The recent heatwave has been described as having shades of the long hot summer of 1976 about it, with temperatures soaring.

But along with the sun comes increased drinking, shorter tempers, larger gatherings of people and more and more flashpoints.

Although there are increases in NHS admissions to emergency units during heatwaves, studies of summer figures concentrate on sunstroke, bites and stings, cases of dehydration, even heart attacks, there is no tangible proof of a sustained rise in abuse.

In the United States, studies have shown that levels of aggression increase with temperature. This study was carried out in controlled rooms and its findings used to suggest global warming would cause increased violence! – See  https://bit.ly/3xFdU0v

My understanding is that the government is bracing itself for summer vehemence. I have no doubt that organisations such as the Merseyside VRP are fully prepared for this.

However, as with the issue of poor health, there are greater causes of violence at play here, and they are rooted in trauma and poverty and sadly, occur 365-days-a-year.

It is up to all of us to break that vicious cycle and be unashamed as professionals to intervene in the lives of the most vulnerable and alter their course. For me, that is not a seasonal thing or indeed a knee-jerk response to any situation but a sensible public health approach.

Whether the weather is hot, or whether is not, we must eradicate poverty and solve their associated mental health issues or continue to see flames of anger rise, all year-round.

Dr Zahid Chauhan OBE is a GP and national health campaigner. The founder of Homeless-Friendly, he organised the world’s first-ever COVID vaccination clinic. He has a book on COVID-19 and poverty being published soon.