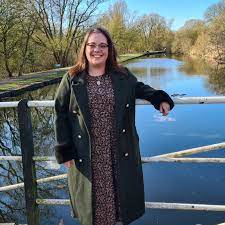 “At The Brain Charity, we have been working with the Merseyside Violence Reduction Partnership on new research to help neurodiversity be taken into account when working with prisoners, people on probation and those at risk of becoming involved in the criminal justice system.

Studies have shown that UK prison populations are disproportionately made up of people with neurological conditions, including brain injury, ADHD, autism spectrum disorder and learning disabilities, revealing the need for greater awareness and understanding of neurodiversity within the system.

The Disabilities Trust Foundation’s research estimates that nearly half of all male prisoners (47%) have a history of traumatic brain injury (TBI).

Over the last decade or more, several studies have reported that people with neurological conditions are more likely to end up in prison and get trapped in a cycle of reoffending.

They are more likely to face barriers during their experience, such as understanding information given, receiving a diagnosis and getting support and treatment for health needs.

The research comprised of two surveys. One for people involved in the criminal justice system and a second for staff members across police, probation, youth justice and courts.

We also undertook an extensive literature review of new research and screening tools currently in use and met with teams, organisations and individuals to gain their views and perspectives.

User Voice, a charity run by people with lived experience of the criminal justice system, interviewed 118 prisoners with neurological conditions for their 2021 report “Neuro… What?” Neurodiversity in the Criminal Justice System.

This reliance on people to self-report creates barriers for staff who can only act on the information they have been given, resulting in people with undiagnosed neurological conditions slipping through the net.

During this project, what was clearly apparent was the appetite for change, training and development in the workforce. Staff members in all areas of the Criminal Justice System want to be able to provide the best service they possibly can and have a positive impact on the people whom they support.

The Another Sign project report has made five recommendations that we believe can help promote a better experience for neurodiverse people during a traumatic time and equip staff to ensure they are as supported as possible in the workplace.

Working with the Merseyside Violence Reduction Partnership and the Office of the Police and Crime Commissioner on this report has been a privilege. Change requires strong leadership and a strong vision for the future. It is clear we have this in Merseyside, and it’s a pleasure to be a part of it.”